the following screen shot, from Facebook, is of a young Muslim Brit named Hasan Ali. The screen shot was made and started circulating around August 5th, 2014. So this is the way young Muslims, probably born and raised in the UK are taught to think. This is a clear and stated goal. We believe it is a wake up call for the EU and the entire Western world. 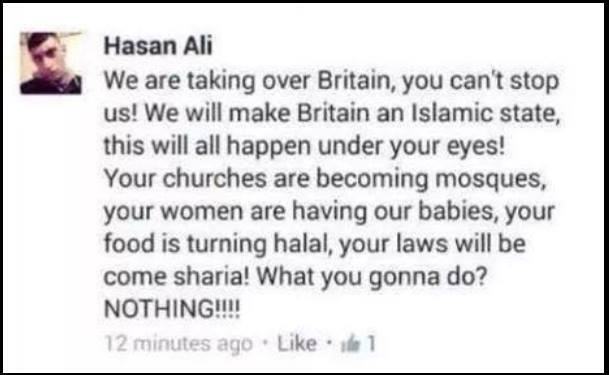